ART OF ALL – CERAMICS

COURSE FEATURES
Hand-building pottery brings makers diversity, flexibility and fun. It is relatively easy to handle and is suitable for seniors and mature participants.

In this course, participants are able to start from the basics, get to know the techniques of pinching, coiling and slab-building, and eventually be able to create various shapes of potteries or sculptures from a piece of clay. Participants can also gain knowledge about various tools using techniques, as well as some basic knowledge of glazing and firing.  Tutor will guide the participants step by step, from demonstration, to draft-making, shaping, fine-tuning, surface treatment and finishing their own distinctive works.

* Students must bring their own aprons to lessons.

TUTOR
LO Sai Keung Louis
LO Sai Keung Louis practiced ceramic sculpting back in 1973 with Shiwan ceramic artist Mr. Ho Ping-chung and has been focusing in human figure sculpting since then. In 2006, he went to New York and explore the possibility of glass as an alternative medium in sculpting. During the following three years, he learned and practiced glass casting techniques in two renowned glass studios in New York – Urban Glass and The Studio of Corning Museum of Glass. With an objective to understand the relationship between traditional arts and contemporary arts, Louis returned to Hong Kong in 2010 and completed the Bachelor of Arts (Fine Art) programme (major in ceramics) offered jointly by Hong Kong Art School and RMIT University Australia. After which, he has been working as a full-time sculptor as well as a ceramics and glass artist. Louis set up his own art studio in 2013. After moving his studio to JCCAC in 2015, he began offering regular sculpting classes specifically in human sculpting. Louis’ recent works reflect the phenomenon of people in modern world. 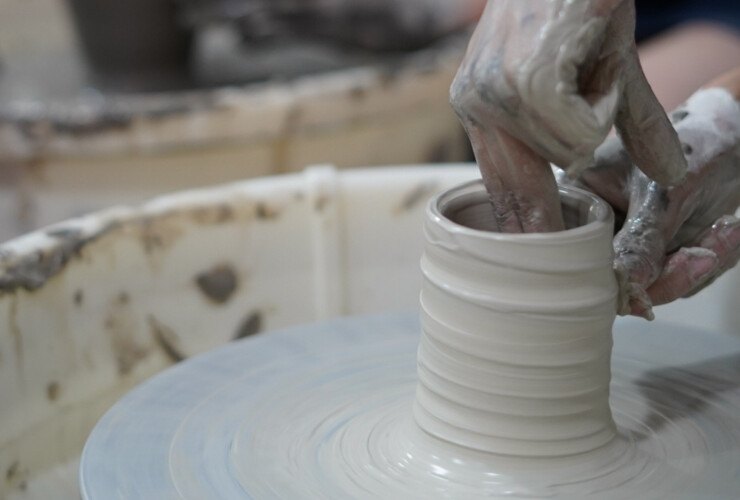